Photos I took when I didn't want to go outside

After some time with covid pandemic, I can safely say it has taken a toll on me. For a long time, I thought everything was ok, and it felt so. I have never been
a people person, but a combination of covid lockdowns have developed some kind of minor agoraphobia in me, and I bet I'm not alone. 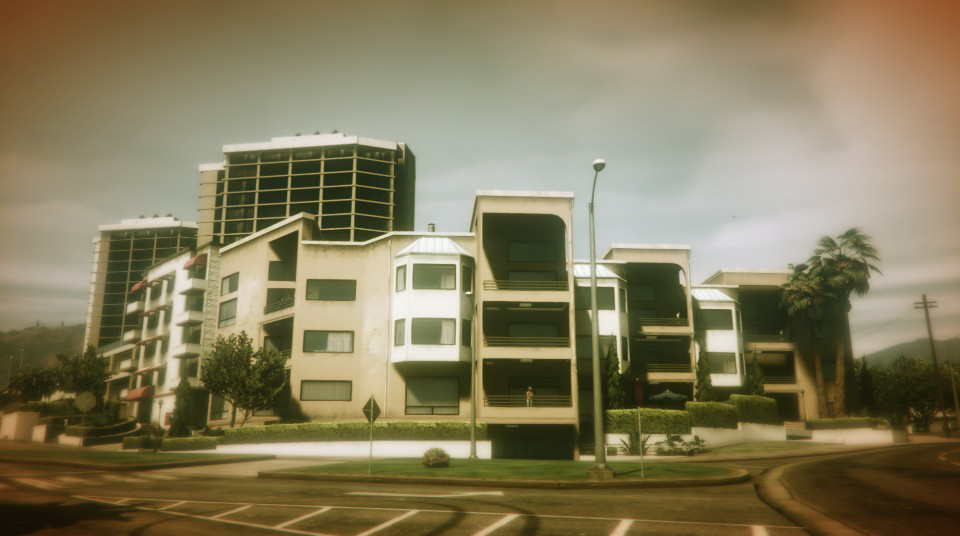 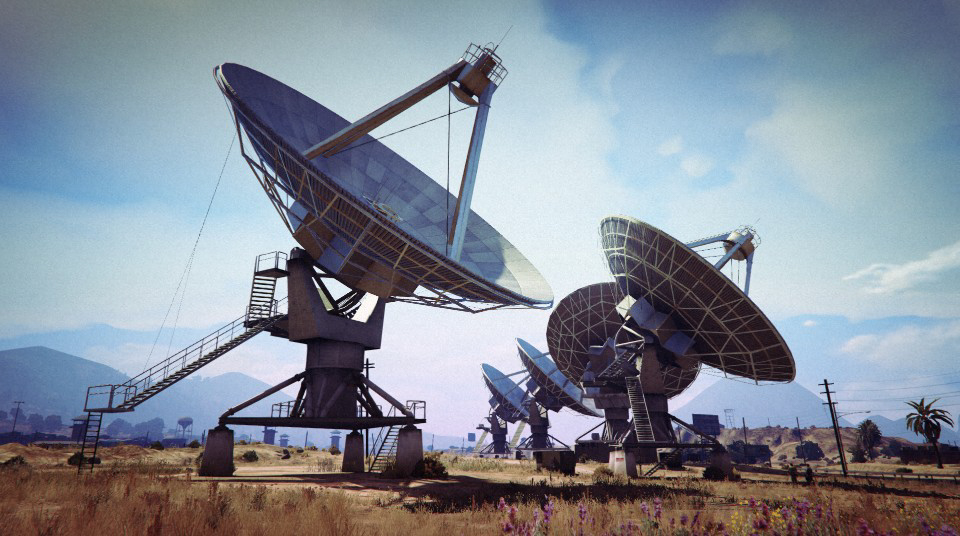 I became increasingly scared of people. I started avoiding large groups of them on the walkways. It is getting better past few weeks: I am going out voluntarily more often, especially to take photos.

But before that, there was GTA V, more specifically its online mode. Since 2013, I spent more than 900 hours in the game, both on XBOX 360 and on PC. I mostly just drive around the island to chill out.

There is an ingame phone with ingame camera that your character brings up and actually. They can't move while doing so, but they can zoom in/out, change filters and even toggle depth of field effect (that looks good sometimes and sometimes doesn't, just like phone cameras' composite DOF portrait modes) 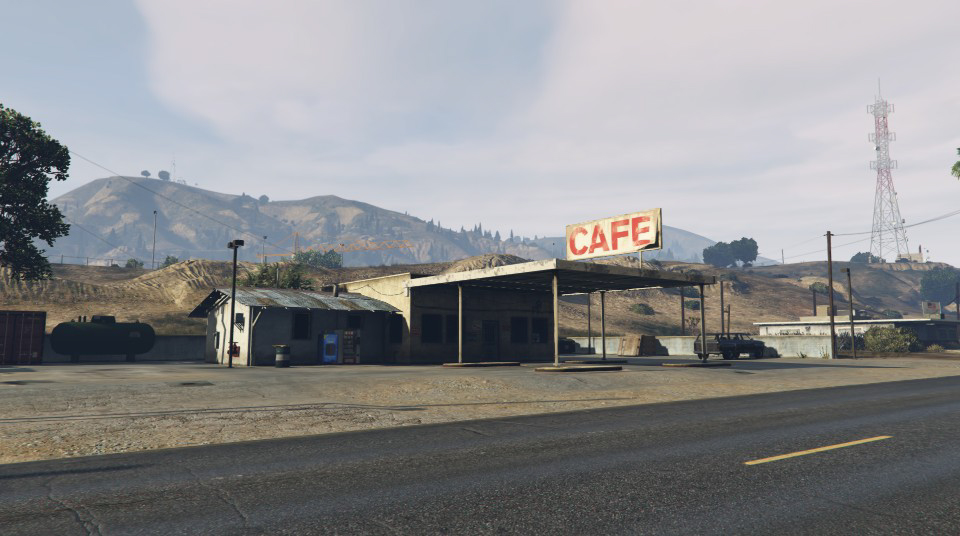 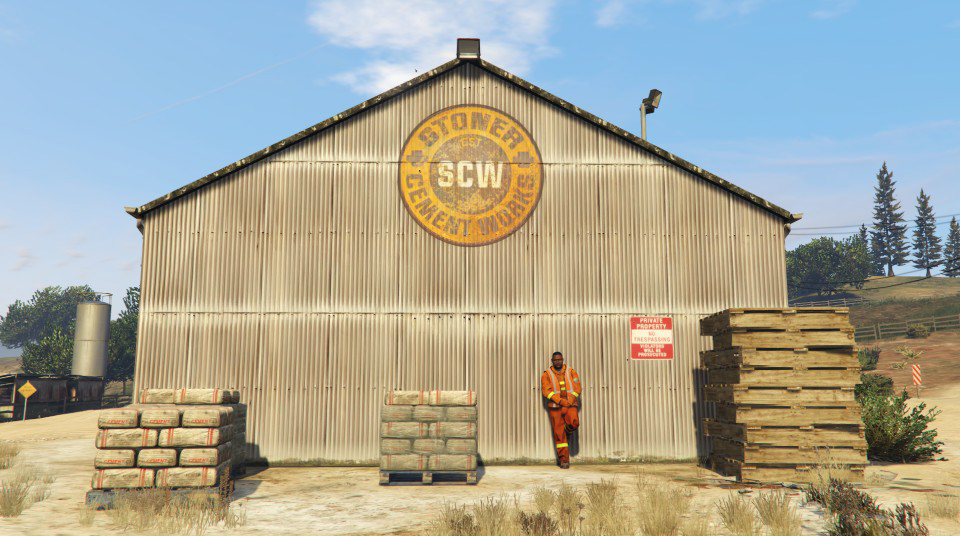 The game doesn't save those photos in any useful format and forces player to use Rockstar Games social club to access them. This can be bypassed by Snapmatic image converter so it (kinda) feels like developing photos irl! There is maximum of 96 photos in ingame camera, the files have a resolution of 960x536px. 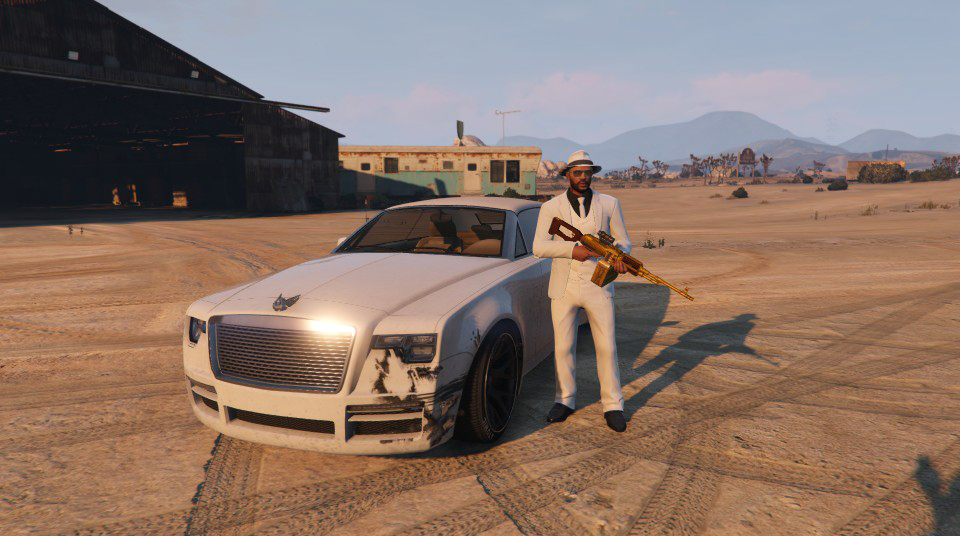 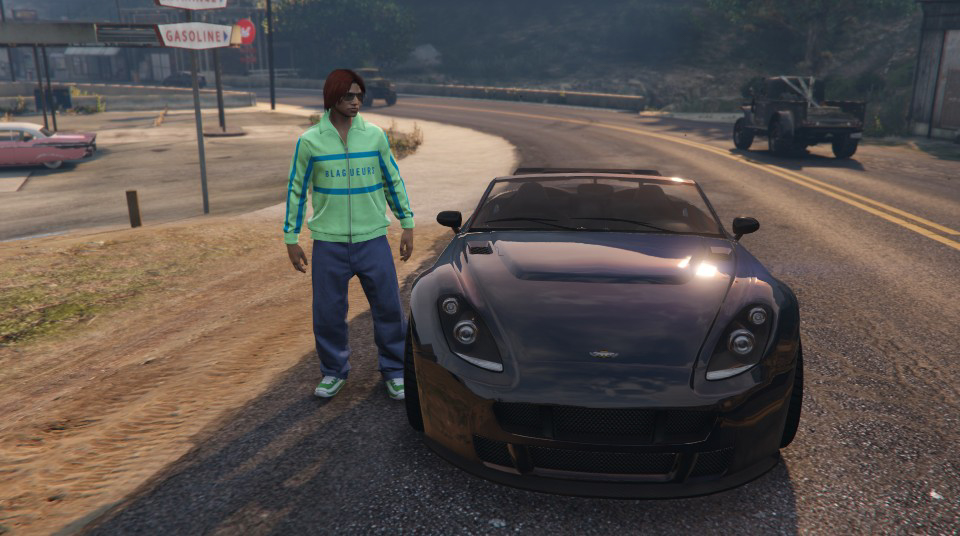 Sometimes I even do photos of other players. When they don't shoot me on sight. 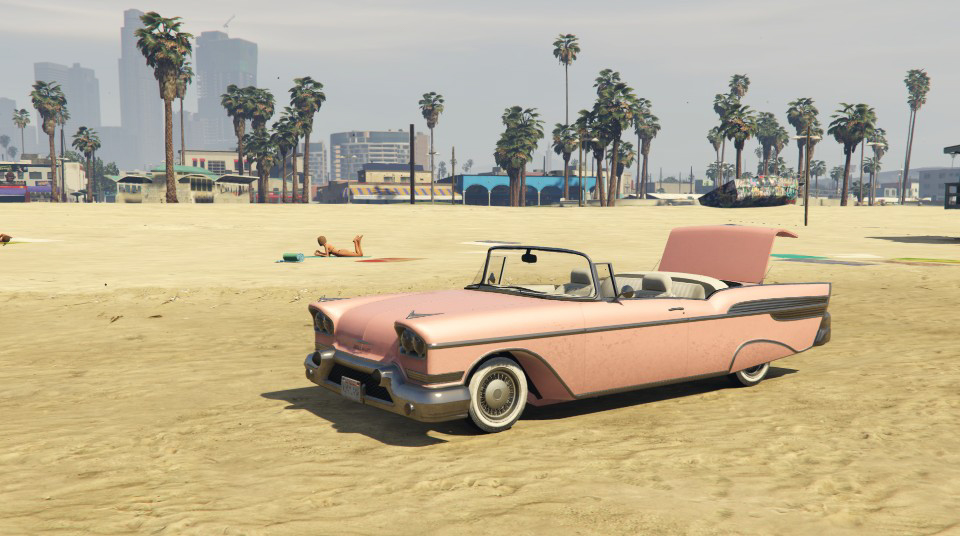 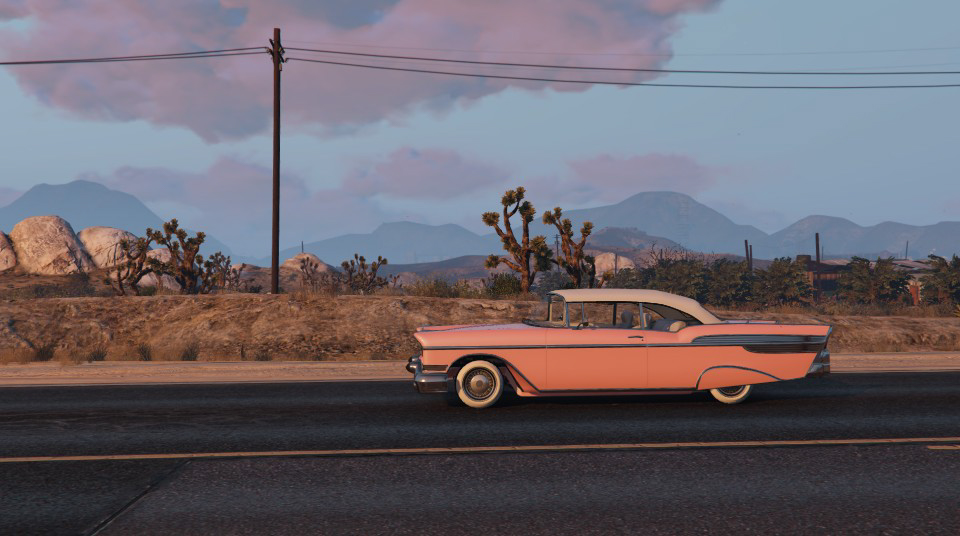 Mostly I just take photos of my car tho. But one day, weird thing happened: 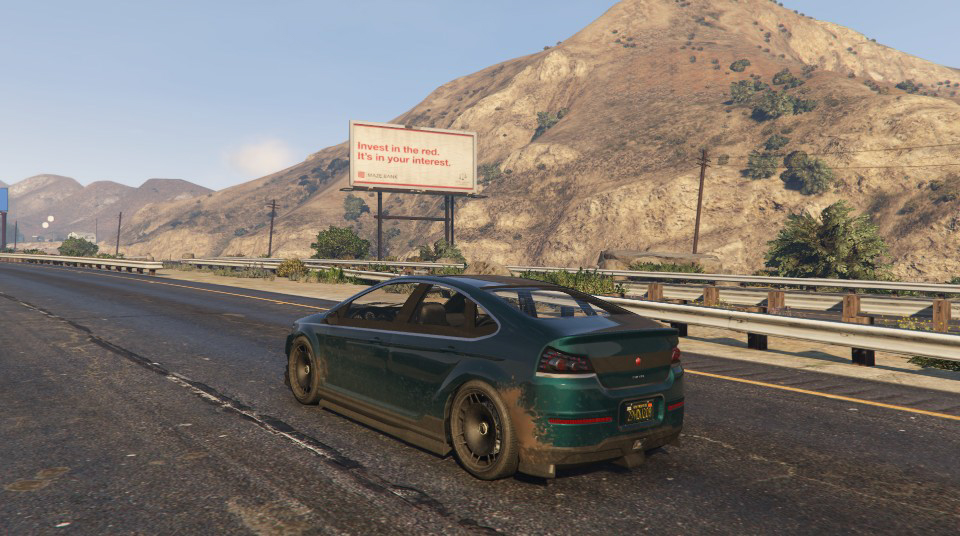 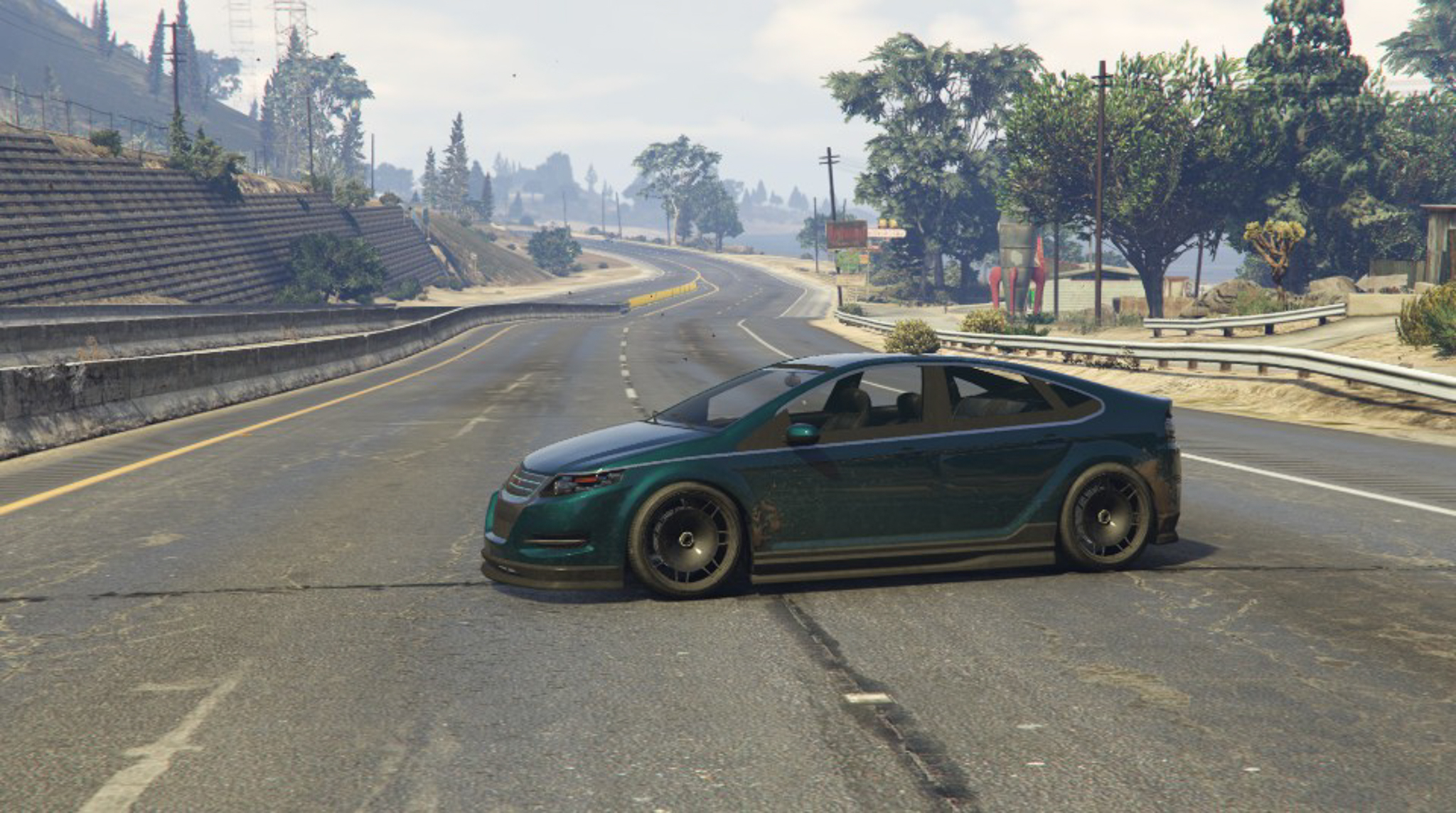 I was driving Cheval Surge (Tesla/Prius hybrid) while all of hte other NPC cars slowly but surely disappeared and mist has fallen on the Blaine county. It felt so weird and surreal, I haven't seen it in nearly 9 years of playing. I know it is just a game, but a game in which I got used to seeing other cars and pedestrians and players that when all of this disappeared, the game really tickled my liminal space senses in brain and felt really off. 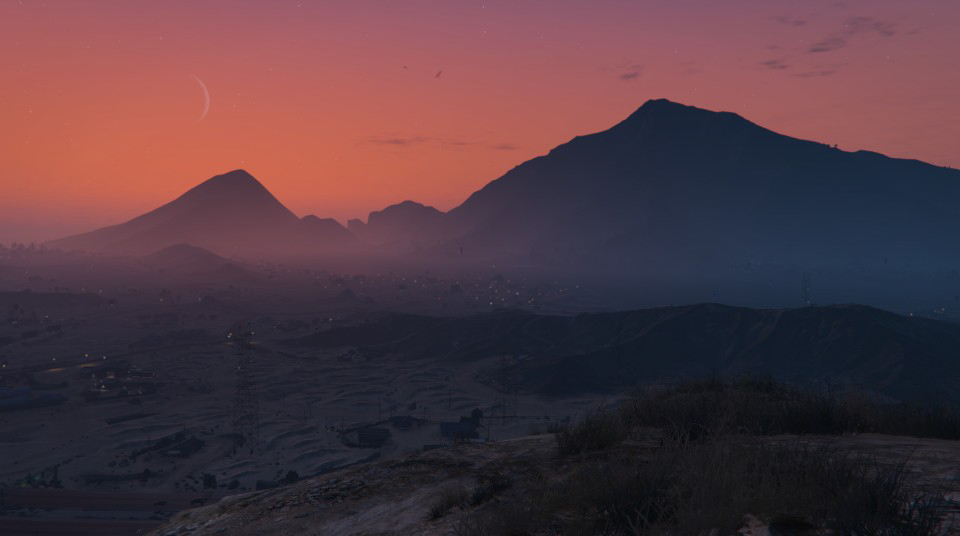 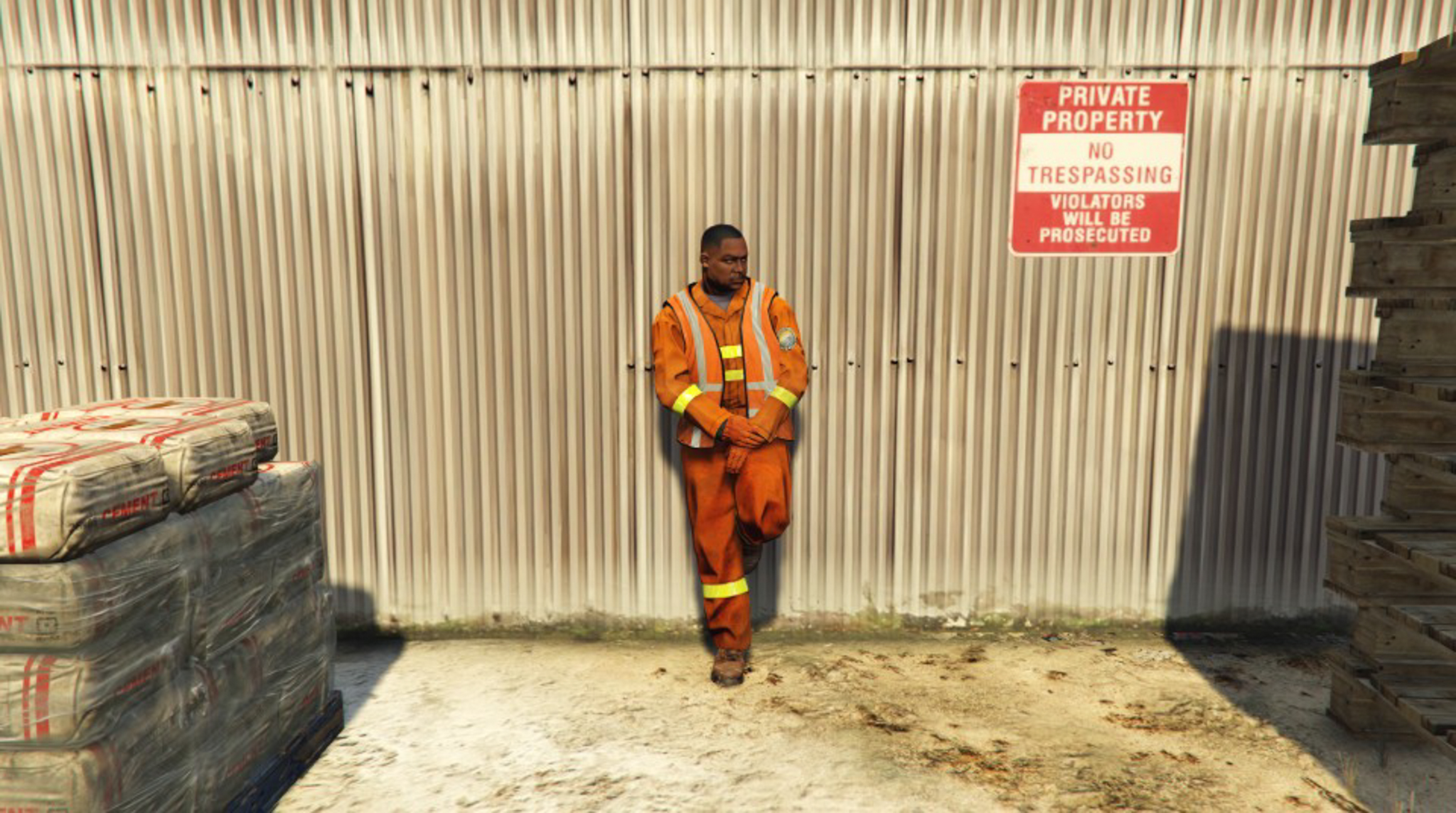 The game has its charm. And taking photos in game create that good sense of creativity, although artificial, in a way: everything that exists in the game world was carefully crafted by its developers from multibillion (maybe? idk) dollar corporation. On the other hand though, it is not much different from real world photography. To paraphrase photography theoretician Vilém Flusser, photographer is just fulfilling a canon of things that can be photographed. And there is no way to escape a canon of a camera, because there is a certain number (albeit high) of possibilities to what can be photographed, and we can't go past that. We can try it though: for example I taped camera to my Roomba and it chose what to photograph itself by riding there. 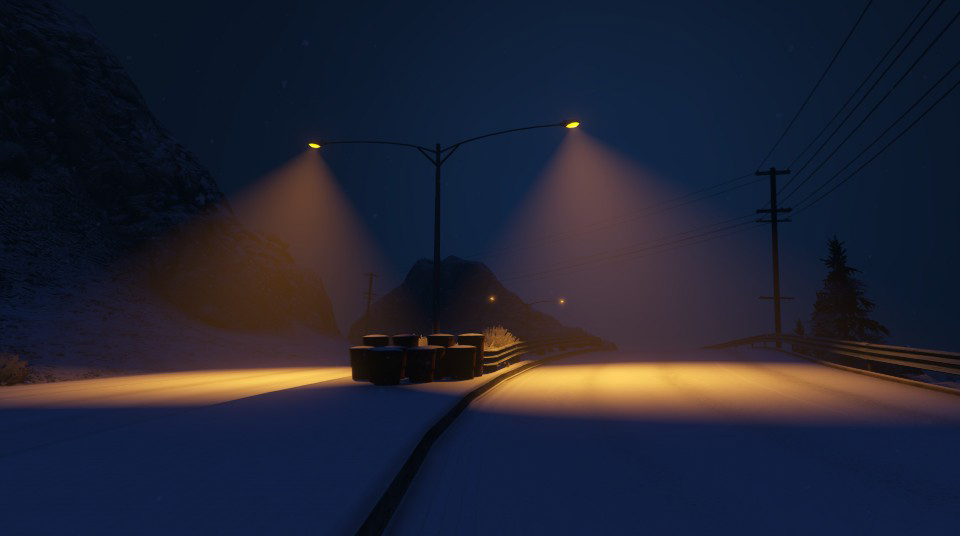 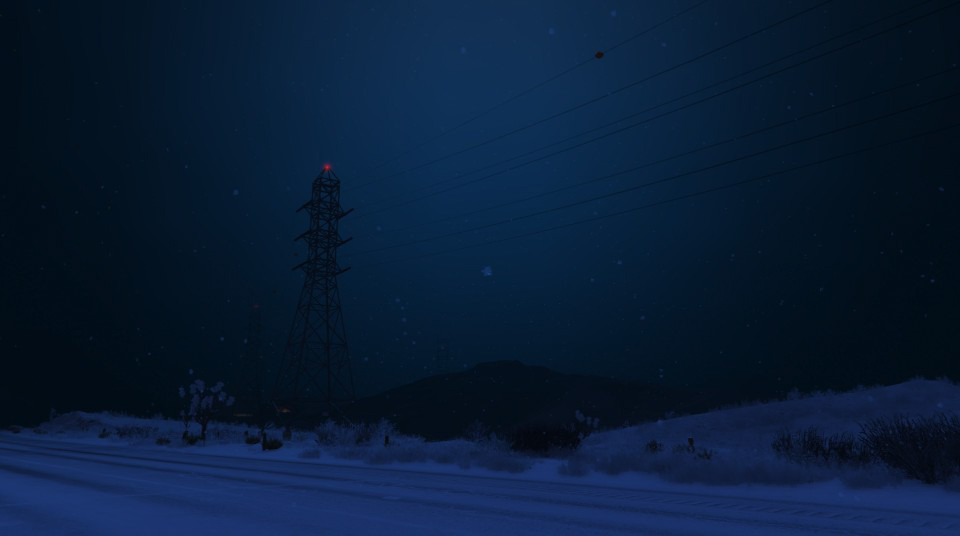 Bonus photos: GTA world in snow during winter of 2021.

back to front page